Police boxes were first installed in Edinburgh in 1933,  to allow police officers on the beat to phone in to their station to report incidents and to receive orders. They were designed by City Architect Ebenezer MacRae and were manufactured by Carron Ironworks in Falkirk. Inevitably, with the progress of technology and specifically the introduction of radios and mobile phones their intended use became redundant.

In 2012 the Scottish Police Authority started to sell off the boxes with the help of Edinburgh City Council and over a period of a few years boxes were either bought and removed, or bought for a change of use. Some were brought into use as Tourist Information Boxes and some were fitted out as coffee kiosks, which required new supplies of electricity and water. Since then many have changed hands and have been used as retail outlets for coffee, food, ice cream, porridge and cannabis oil (I believe).

So I set out earlier this week to see if I could find any which were still operating as coffee outlets.

It was obvious from my travels around the city centre that the majority of coffee shops were still closed due to the lockdown. Footfall was still really low, although there appeared to be a "trickle" of tourists starting to appear around the city. 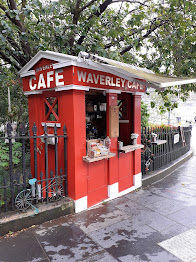 I did come across one outlet which was open, near Waverley Station at the junction of Waverley Bridge and Market Street called Waverley Cafe. The box was in good order with some attractive ornaments and plants outside. I saw tins of Illy Coffee on the shelf but these were just for show - the girl serving said they had changed from Illy but wasn't sure what the current coffee was.💁 Obviously this outlet is aimed mainly at the tourist market; I'm sure the coffee they sell is good enough but I decided to preserve my potential caffeine intake for now.

I spotted a few more while I drove around, which were obviously still closed due to the lockdown or were not in use.

Grassmarket, (Ice Cream)
Temp closed due to lockdown
I then drove towards Bruntsfield - I had passed one previously which was open, with a small queue of customers so I was hoping to be able to buy a coffee there. 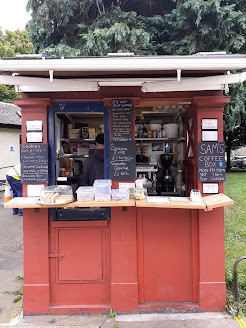 I was in luck, Sam's Coffee Box was still open and no queue!
The box is well situated at the end of Bruntsfield's main shopping area; and just at the edge of Bruntsfield Links. Ideal for a takeaway coffee and a bun; and a sunbathe in the park.
Sam, who owns and operates the box, was able to give me an outline of the coffee scene in Bruntsfield during the lockdown, as he has been open throughout. He has a loyal following from the local community and offers espresso based coffees using beans from Williams & Johnson coffee roasters in Leith and a small selection of treats and sausage rolls. 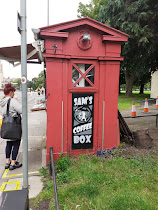 Williams & Johnsons Peru Espresso is a favourite of mine so I was able to enjoy a flat white while I spoke to Sam. It wasn't long before more customers arrived so I left Sam to sell more of his great coffee.
After Bruntsfield I continued on to Morningside and found The Drip, a coffee box situated midway down Morningside Road. The Drip was open and I spoke with the owner Jakub while I had one of his excellent flat whites.
Jakub and his wife Aimee operate two converted police boxes, this one at Morningside and another at Tollcross. The Tollcross unit is temporary closed for the lockdown period due to the low footfall in the area.
Both units have recently been decorated with some zany graphics, painted by a local artist. They certainly make the boxes stand out on the grey Edinburgh pavements.
The Drip offer a selection of cookies, muffins, brownies and pastries to accompany their excellent coffee. The coffee is a bespoke blend, supplied by Edinburgh roaster Mr. Eion and I found it smooth and well balanced, chocolate and nutty. 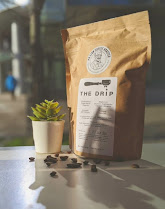 So, perhaps not as many police boxes converted to coffee outlets as I had thought but it was interesting to see a few of those which were. Obviously the lockdown period has affected the operation of many so I will revisit this again when things get back to "normal".
In the meantime . . . . evening all
at August 01, 2020
Email ThisBlogThis!Share to TwitterShare to FacebookShare to Pinterest
Labels: Coffee from converted Police Boxes 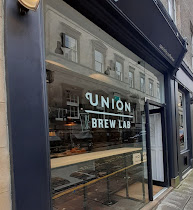 edinburghcoffeeshops
I'm by no means an expert on coffee but I'm sure you'll agree, one of the great ways to chill out and to recharge the batteries is to visit a coffee shop. That half hour or so, sitting in a nice environment with a good cup of coffee (or tea) - ok, and perhaps a cake - can make all the difference to the day. I have owned and run a coffee shop in Edinburgh so I'm familiar with the territory and the challenges owners face to maintain a good business. Just as I began to pull together this blog, the "lock-down" was introduced due to the covid-19 virus, similar to the response taken by most other countries across the world. Hopefully all our businesses will come through the period unscathed and will be trading again before too long. I wish everyone the very best of health - please stay safe!